From Farm To Fork

I had a pretty neat day.  Today was the San Diego County Farm Bureau's first-ever Farm Tour Day, a fundraising event to help this self-reliant, non-profit organization advocate for their 1300 members.  For $20.00, I got to tour five local farms and sample some of their produce.


After watching films like "Food, Inc." and learning more and more about nutrition and how foods, and the chemicals that some are made with, affect our bodies, I've been on a kick of wanting to "get more intimate" with my food and eliminate anything containing ingredients not found in nature.  When I saw this tour listed, I got so excited and was looking forward to it every day.  Funny.  I used to get excited about getting all dolled up and going to Poison concerts.  Now going to a farm gets my blood going.  Times, they change.


First up was Hillebrecht, an avocado grower.  I *looooooooove* avocados. 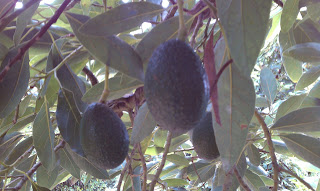 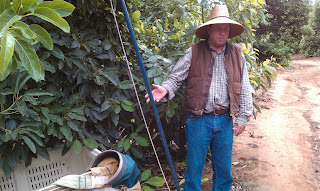 I was tempted to hang back at the end of the group and stash as many as I could in my purse, but unfortunately my conscience wouldn't let me.  A lot of them had fallen from their trees and were just laying on the ground.  So sad. 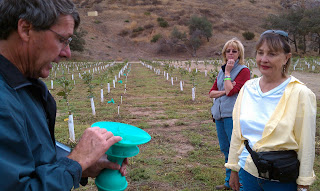 Farmer Stehly is demonstrating how the ant traps work.  They buy "Gourmet Ant Bait" to fill the traps.  Nothing but the best for these pests!  He told us about some pretty innovative methods they've discovered to control their weed and pest populations. 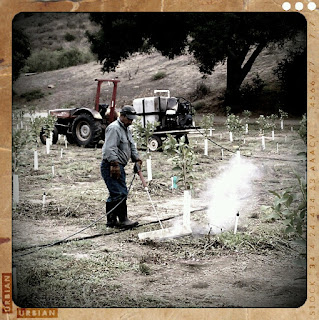 This may look like pesticide being sprayed around these plants, but in fact, it's 220 degree water!  Hot water helps control the weeds around the crops.  Amazing!

Farmer Stehly also told us about the method they found to prevent deer from eating their fruit.  After dismissing ideas of building fences and electrocuting them, he read about one farmer who hangs bars of Camay soap on the trees.  The deer don't like the smell of the soap, so they stay away.  He tried it and it worked.  So now his wife makes regular trips to the 99-cent store and buys it by the shopping-cart-load.  Just ingenious!  Such a simple idea and win-win-win all around.

The third farm I visited was Altman Plants, a cactus and succulent grower.  This was the perfect opportunity to buy a plant that I wouldn't be able to kill in three days (no green thumb here).  The nursery was just beautiful. 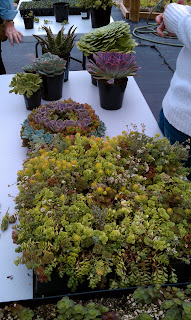 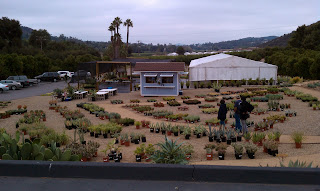 They share space with another farm, a fruit-grower, where I learned about Dragon Fruit.  It's a gorgeous red color with a very unique look inside.  It tasted like unsweetened watermelon with a similar texture, but a little bit creamier. 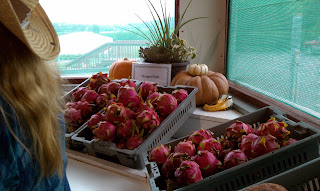 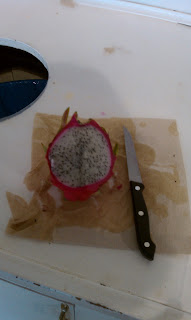 The fourth stop was the most popular stop, Mountain Meadow Mushroom.  The very friendly and enthusiastic farmer could have been George Clooney's brother. 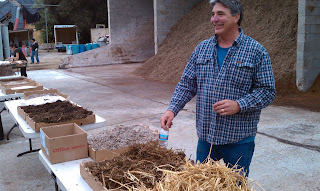 He walked us through each stage of growing mushrooms, beginning with regular straw and then to the final product.  I had never really thought about how mushrooms were grown before.  I guess I just imagined they were harvested from the woods.  ?  Seeing how it's really done was fascinating.  He let us pick some right from the beds and taste them.  Best Mushrooms Ever, no question.  He said a lot of flavor gets lost in the transport to the store.  The mushrooms we had here were the most flavorful I've ever had. 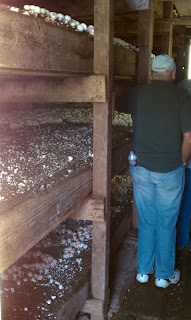 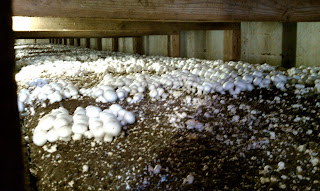 I love how he operates, too.  He's worked out a deal with the Del Mar Fairgrounds - they give him all their hay from the race track when they're done with it.  And then once he's done with the soil that the mushrooms grow in (once they've lost most of the nitrogen), he gives it away for free.  Schools, community gardens, various horticultural clubs and many other organizations routinely stop by and leave with truckloads of it.


And finally, the last stop of the day was at West Lilac Farms, citrus fruit and decorative plant grower.  A tram ride was part of this tour!  It brought back memories of hay rides back in the day. 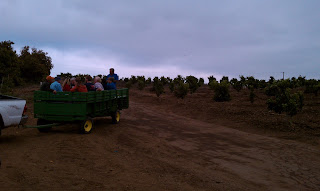 It turns out that this grower is one of the suppliers to Be Wise Ranch, the CSA that I belong to!  How cool to actually meet the farmer whose food I'm eating.  This man grows my food: 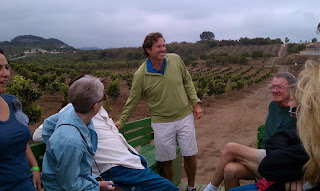 Apparently, I get their avocados and their beets in my box every two weeks.  If you don't know what a CSA is, you should definitely check it out.  It's the smartest food-buying decision I've ever made.  Everything is fresh, nutritious and sooooo delicious.


This was a fantastic event.  It was very well-organized and everyone was super friendly and eager to show off their farms.  I was especially impressed by it because it was the first fundraiser they've ever organized.  They kept it very low budget and didn't do any paid advertising, just basically through word of mouth and about 120 people signed up for it.  I think it has the potential to get even bigger and better in the future and I can't wait for the next one!


P.S.  By the way, this event was without question my Thank You for the day.  I'm very grateful for my local farmers, for the Farm Bureau, and for my CSA. 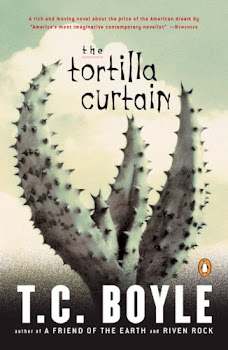